You’ve probably run into a few issues playing Fortnite this past week. We’ve since solved a lot of those issues. We know this is affecting a lot of you and are working to resolve this as quickly as we can. We greatly appreciate all of your patience and understanding. As a token of our appreciation, here are some goodies! Find out more here. On top of that, V.2.4.0 brings in bug fixes for Battle Royale and some fun new additions for Save the World. Amaze your friends with stories of past adventures around the Cozy Campfire, or try out the new Expedition types! 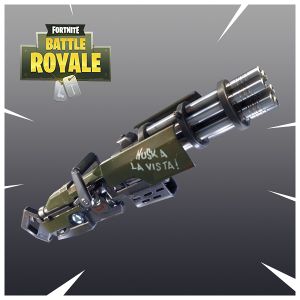 Introducing the Minigun! Control the battlefield with sheer firepower with this new addition to Battle Royale. 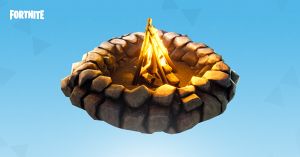 Heal yourself and allies with the all-new Cozy Campfire addition to Save the World. Stay warm and healthy as you share stories with your friends around it.

More options are available when interacting with items in the Hero Squad, Survivor Squads, and Armory. Schematics and people can be directly added to the Collection Book now!