Fortnitemares returns with a terrifying twist in Solos, Duos, and Squads! What was once The Agency has been reclaimed by the ranks of a reawakened mastermind out for revenge. Join his army to fight alongside friend and foe alike and snatch a shadowy victory from the living.

The Island is overrun with haunted huts and daunting decorations. Complete new challenges and get a new terrifying Back Bling, Pickaxe, XP, and more!

We’re vaulting the Charge Shotgun; let us know how this changes your play. Ghoulish weapons have returned to aid in the shadowy showdown. Soar through the skies like a witch, while those with a sweet tooth will find new treats quite enhancing. More super-powers are rotating in, so put those fists up! 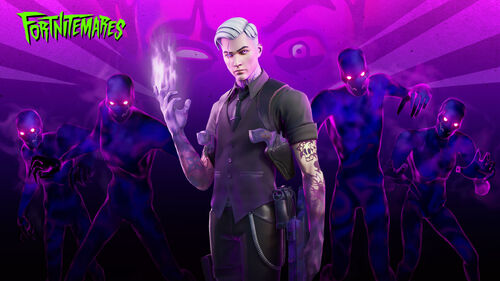 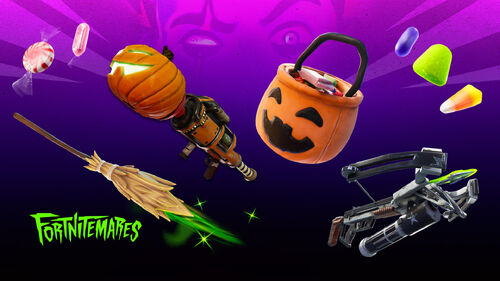 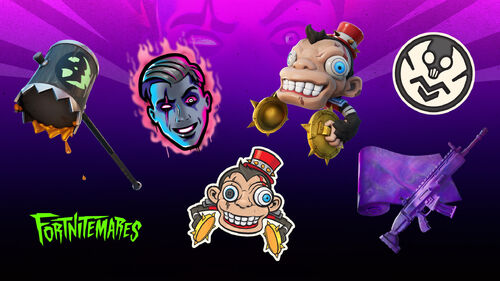 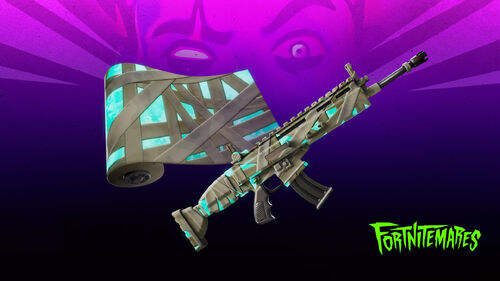