Fortnite is now an Xbox One X enhanced game! The Fortnitemares event ends on Nov. 29 with the release of the V.1.9.1 patch. Weekly leaderboards will be refreshed once the V.1.9.1 patch is released.

We hope you all enjoyed the holidays!

One thing we are most thankful for is the opportunity to keep making this game better and better. We’ve honed in on improving quality of life features for both Battle Royale and Save the World, along the with introducing new content into each mode. Let’s dive right into the highlighted changes! 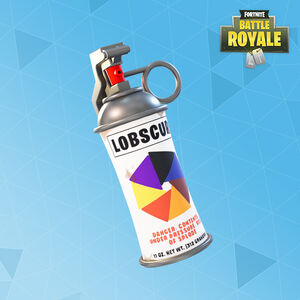 Smoke Grenade - This non-lethal grenade is thrown like a frag but obscures vision with a white smoke instead of splodin’ other players.

This non-lethal grenade is thrown like a frag but obscures vision with a white smoke instead of splodin’ other players. This grenade can be found in all container types, and can spawn randomly as floor loot.

So you say you are the best? It’s time to find out. 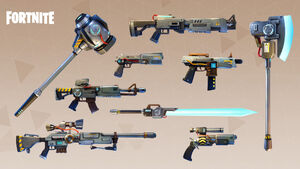 Secure victory with Vindertech! Harness the power of nine, all new weapons available during this Mutant Storms season.

Mutant storms are back! Stormchasers can earn storm tickets as they fight back hordes of mutated husks. Squad up, survive, and loot!